Cardiovascular disease is the leading cause of mortality and morbidity worldwide, claiming the lives of approximately 17.9 million people every year, according to the World Health Organisation (WHO). In the 2017 WHO report on cardiovascular diseases, 85% of these deaths were due to heart attack, or myocardial infarction. A heart attack usually occurs due to a blockage that prevents blood from entering the heart – these blockages are usually due to fat deposits or clots. Following a heart attack, the heart is left with a scar. Unlike the scars that are formed after injuries on the skin, these scars are permanent, with limited regeneration potential. They not only affect the site of injury, but also the area around it. Detrimentally, the scar is unable to exert muscular contraction or conduct electrical signals across the heart wall – this isolates the heart cells (cardiomyocytes) in that region and the heart’s ability to beat becomes compromised. Currently, patients are prescribed blood thinners, clot-busters, antiplatelet agents, etc. Although current pharmacological interventions can reduce the extent of scarring, the prognosis for these patients is poor with increased risk of death and reduced quality of life.

Despite shortcomings due to species variations, every drug that shows biological plausibility is tested on a large number of animals. Out of the 71 billion USD spent on animal research in the US annually, almost 14 billion USD is estimated to be wasted every year due to flawed research, not to mention the millions of animals sacrificed. For example, earlier this year AstraZeneca lost 100 million USD after their drug for cardiovascular diseases (dyslipidaemia) failed human trials. Animals do not behave identically to humans in disease nor regeneration. This is where the importance of tissue engineered humanised drug screening models comes into play. By abiding to the “3Rs strategy”, by potentially reducing the number of animals used for testing, refining the drug discovery process by improving animal well-being and replacing animals with human stem cell derived tissue substitutes, novel drug screening processes can be made more efficient.

The Monaghan Lab in Trinity College Dublin is specialised in Cardiac Tissue Engineering, with a focus on regenerative medicine and disease modelling using electroconductive materials and immunoengineering. The scientists in the Monaghan Lab, including myself; study the importance of cells involved in innate immunity in relation to heart attacks. Our focus lies on the innate immune cell populations that help in inflammation, tissue remodelling, cell clearance, etc. In response to a heart attack,  these immune cells facilitate initial inflammatory characteristics, followed by the remodelling of the affected tissue. Given the fact that disease models often tend to ignore the activity of innate immune response at the disease site, we aim to model a “heart-attack-on-a-dish” (Fig. 1) that models an inflammatory response to better understand the disease and serve as a more relevant platform for drug screening. 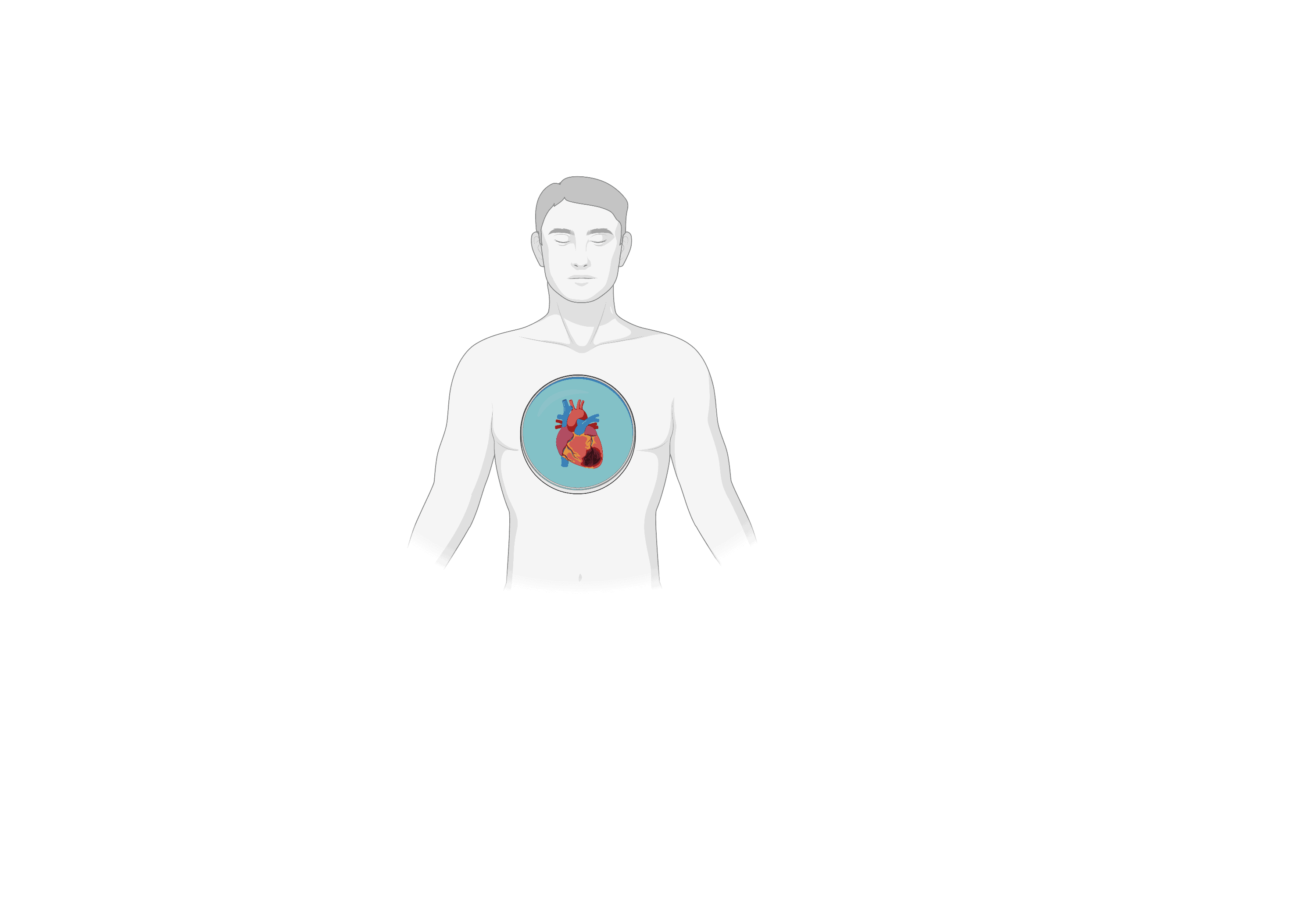 To achieve this, we are working towards fabricating an extracellular matrix-based organoid model of infarcted heart muscle, that can experience an inflammatory event (Fig. 2). The key novelties that make this model a promising replacement for animals in drug testing are the isogenic nature of the model and this inflammatory event. According to Dr. Monaghan, this model would provide a platform that closely mimics the physiological environment and provide information on the reactivity of the heart to a potential therapeutic drug. Therefore, with this model, the longstanding tradition of bulk animal studies can potentially be replaced and made more reliable. So don’t worry – “heart-attack-on-a-dish” is in the making! 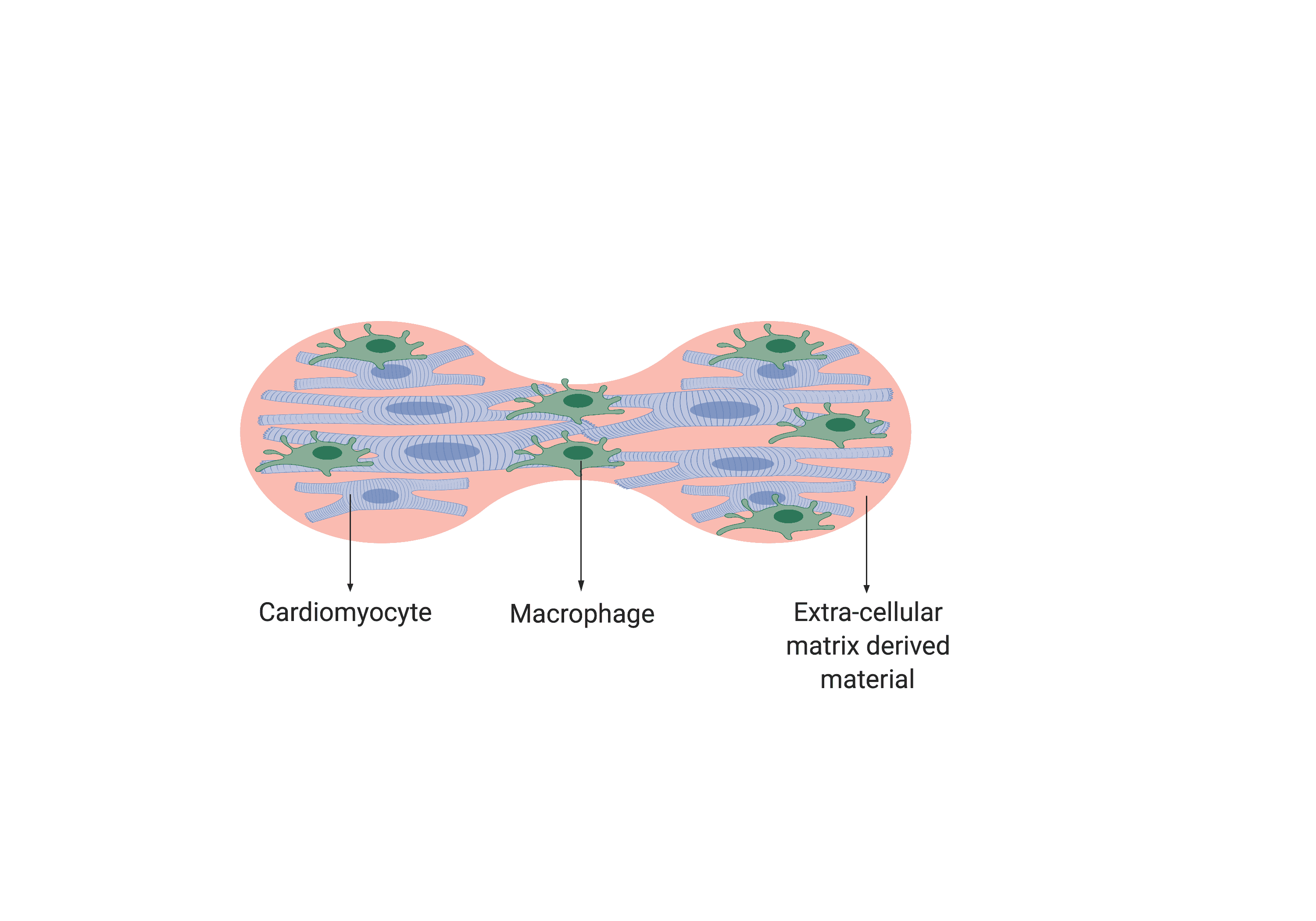