The TRAIL to a new era in cancer therapies: welcome to the age of immunotherapy

Immunotherapy is a promising approach for breakthrough therapies in the treatment of ovarian cancer, but there needs to be a robust investigation into suitable targets and delivery methods to solidify its true value for patients and clinicians.

Ovarian cancer is the fourth leading cause of death due to cancer amongst women with 30-50% global 5-year survival rate. Each year there are upwards of 300,000 cancer diagnosis and 150,000 deaths globally, and on a more local scale 400 diagnoses and 270 deaths in Ireland annually. The poor prognosis is mainly due to 1) late detection, 2) resistance to the delivered chemotherapies and 3) insufficient amount of therapy reaching the target site. Late detection means it is likely that the cancer has already spread from the ovaries to organs in close proximity and further afield once it takes hold, as shown in figure 1 below. 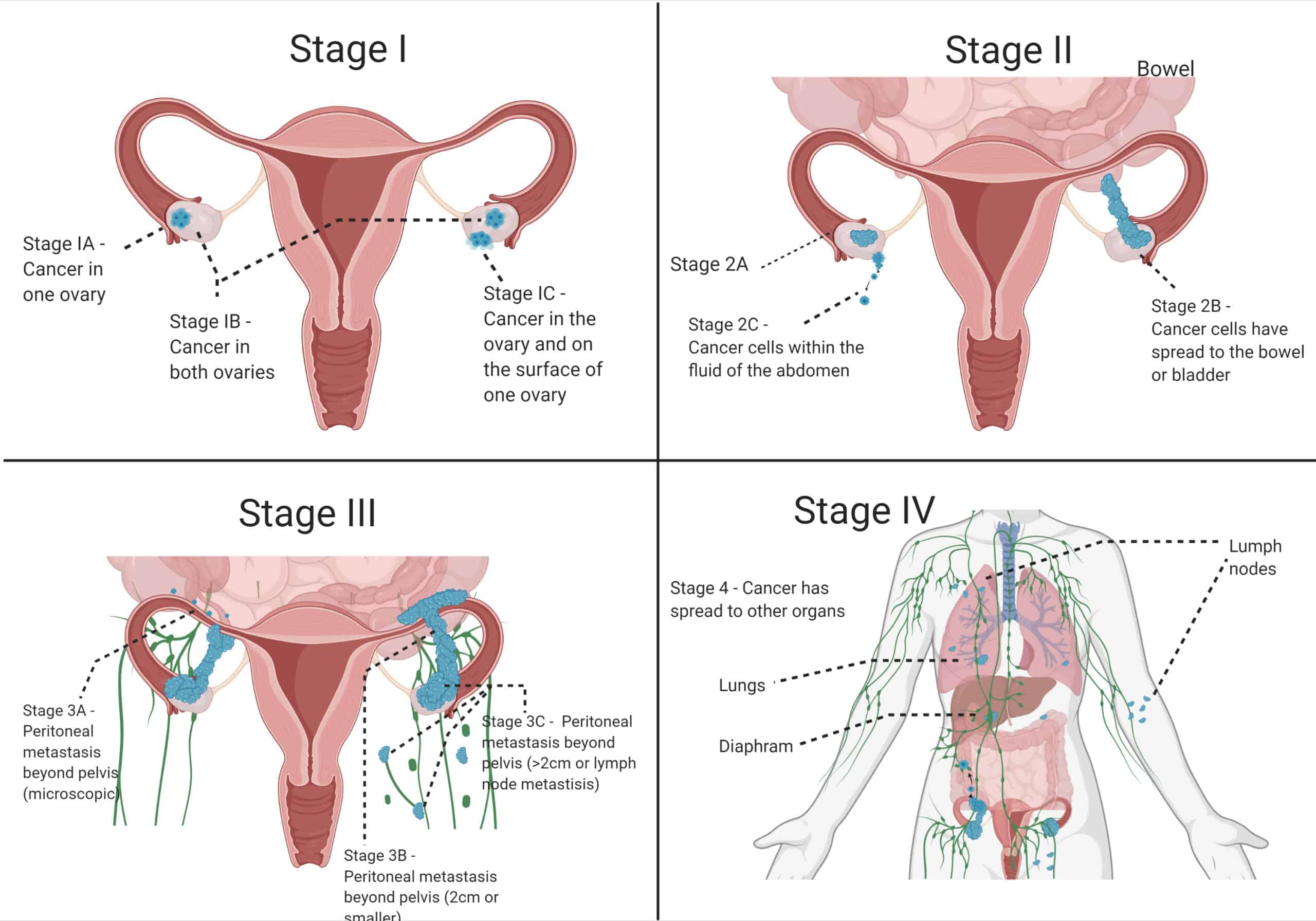 Figure 1 Four Stages of Ovarian Cancer: Stage I – Maintained within the Ovaries, Stage II – Minor spreading to the abdomen fluid is occurring, Stage III – Spreading beyond the pelvic region and Stage IV – Spread to other parts of the body e.g. lungs, lymph nodes.

Although there has been decades of research on ovarian cancer, in both the ways to detect and treat it, there has been no major breakthroughs in 30 or more years. This has led researchers to investigate new therapies which tackle ovarian cancer from a different angle. This project aims to solve 2 out of the 3 reasons for poor prognosis of ovarian cancer patients – chemotherapy resistance (i.e. a therapy issue) and insufficient amount of the therapy reaching the target site (i.e. a delivery issue).

Therapy Issue: Currently ovarian cancer is treated with chemotherapies that work initially but then the cancer cells become resistant to the chemotherapy drugs. Immunotherapies, utilise cells from the immune system, such as Natural Killer Cells (NK Cells), to help the immune system to fight cancer. These cells can be altered so that they are supplied with weapons and armour specifically targeting ovarian cancer. Tumour necrosis factor-related apoptosis-inducing ligand (TRAIL) is a transmembrane protein expressed by immune cells that has the ability to selectively kill tumour cells with little toxicity to healthy cells. TRAIL can trigger cell death via a process known as apoptosis, by interacting with TRAIL receptors expressed by target cells. NK cells can be modified, TRAIL-NK cells, to further increase their selectivity and affinity to enhance their efficacy at killing cancer cells. We are currently in the process of testing different modifications to our NK Cells to see which one will provide the best killing capabilities against ovarian cancer cells.  Figure 2 shows the how the modified-NK cell attach and kill the ovarian cancer cell. 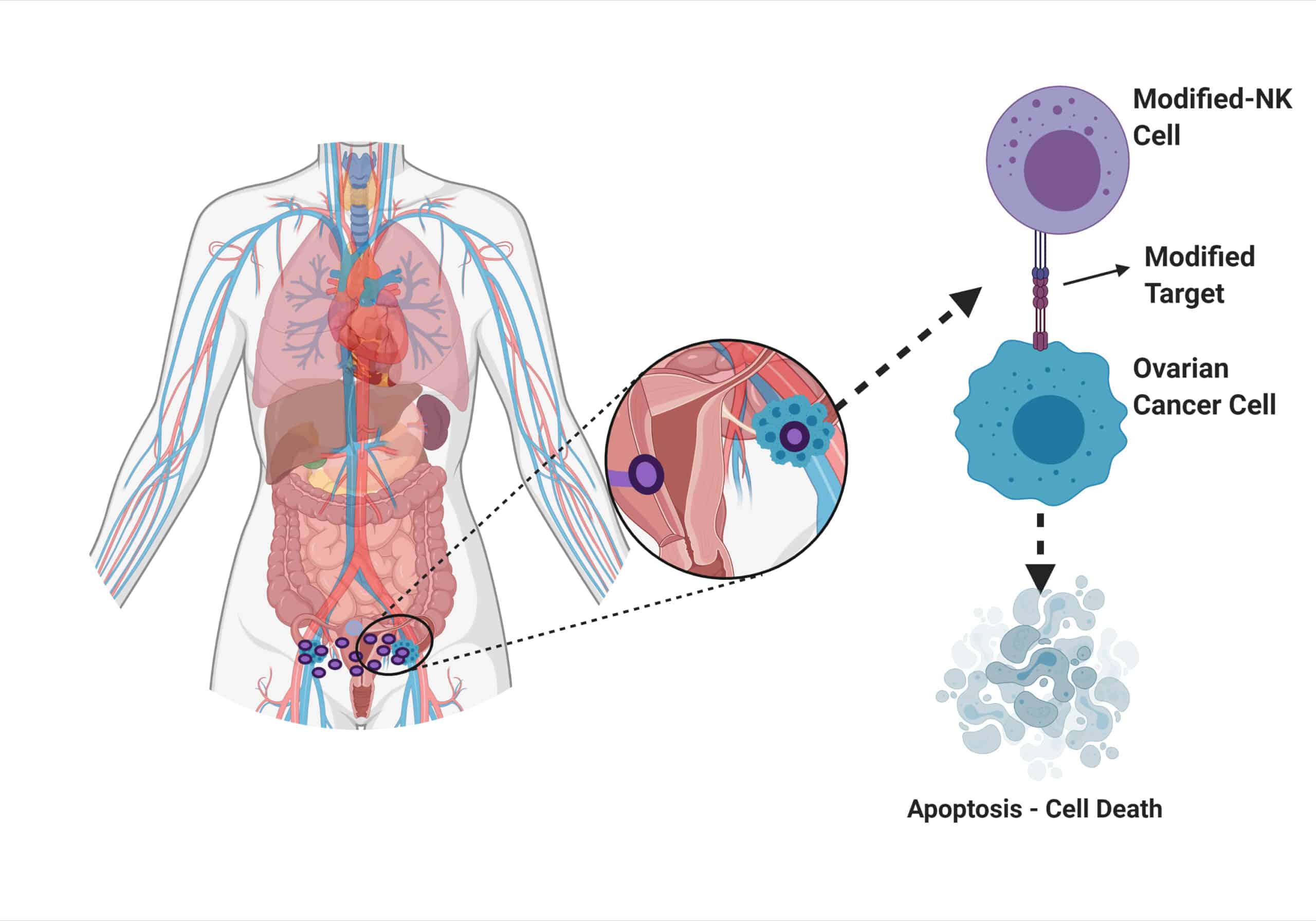 Figure 2 Modified-NK immunotherapy at the target site and killing of the cancer cell.

Delivery Issue: The current gold standard of delivering chemotherapy is by intravenous (IV) infusion, meaning the therapy goes into the blood stream and circulates throughout the body before it reaches the target. This leads to a delicate balance in the strength of chemotherapy delivered: too strong and it has harmful off target effects and if it is too weak it cannot exert enough of an effect on the target cancer cells. Implantable catheters have been investigated to deliver chemotherapy straight to the target site; the peritoneal cavity in the case of ovarian cancer which is known as intraperitoneal (IP) delivery. Recent papers compared IV vs IP administration of the same drug and found that IP administration significantly improved overall survival. Although this improved the survival of patients, there were complications associated with this administration route such as pain, fever, increased catheter related complications and infections as well as needing to be turned from side-to-side every 15 minutes for even distribution of the therapy. These complications have halted the use of routine IP chemotherapy delivery, except for in clinical trial settings. Although a lot of lessons can be learned from these studies, delivery of cell-based immunotherapies, which are expensive and fragile therapies, have different requirements to chemotherapy when it comes to delivery. Researchers have shown benefits of IP delivery of immunotherapies over IV delivery when the cancer is situated in the peritoneal space, and repeated delivery through this method significantly reduced the volume of tumour in the space. We are developing an implantable, replenishable device for delivery of our modified-NK cell immunotherapy. We are utilising biomedical engineering processes such as device design, manufacture, testing and iteration. A key aspect of this part of the project is device design, material selection and optimisation to ensure that it is compatible for long-term implantation and can facilitate repeated delivery of immunotherapies.

300,000 women are diagnosed with and 150,000 women die from ovarian cancer globally. This number is set to rise by 55% and 67% respectively by 2035, there is a significant need to develop therapies which can provide adequate care. To the best of my knowledge there are no TRAIL-NK therapies is currently targeting ovarian cancer. However, this is a group investigating a similar model against colorectal cancer. When the TRAIL-NK cells were administered into the intraperitoneal (region where colon and ovaries both reside), the cells could infiltrate and cause apoptosis of the cancer cells, as well as inhibit the growth of tumors situated in the peritoneal cavity. This sheds a ray of hope that we are at the dawn on the immunotherapy era, where terrible prognosis for cancers such as ovarian become a thing of the past.