I don’t think you’re ready for this gel-ly: New hydrogels for tissue engineering

From jelly to contact lenses – hydrogels are all around us. In fact, with the exception of our teeth and bones, most of our body is composed of hydrogels. With that in mind, it seems obvious to explore the potential of these gels as biomaterials. In my project, I will be developing biocompatible hydrogels for a range of applications. I will also be attempting to gain a deeper understanding of how and why cells interact with certain materials. If successful, this research could innovate how we design such materials in the future.

Since their discovery hydrogels have been defined in a number of different ways. The simplest of these defines a hydrogel as a water swollen polymer. Over the past two decades they have become the most common scaffolds for tissue engineering.  This is largely due to their high water content and flexible, 3D structure which mimics the extracellular matrix. 1 In my research, I use low molecular weight or supramolecular hydrogels. This class of gel is particularly interesting as they are formed by small molecules which assemble into a network  to immobilize the solvent – which in the case of hydrogels is water.2 A fascinating property of these gels is their reversibility of their gelation, which could potentially allow them to release cells while avoiding cell death.  As well as this, these gels have a high drug loading capacity and the ability to carry out drug release in a controlled manner. All of these features point towards their immense potential in the field of bioengineering.3

In the past, natural or animal derived hydrogels, such as collagen, were commonly used for tissue engineering applications.4 The synthetic peptide hydrogels used in my project have a host of advantages compared to natural hydrogels. Firstly, natural hydrogels have a high variability and are chemically inconsistent. On the other hand, synthetic peptide-based hydrogels have a defined chemical composition which reduces the likelihood of any batch-to-batch variation.  This defined structure has the added advantage that it can be modified to introduce degradability and functionality. Secondly, peptide hydrogels have the potential to be highly biocompatible, as biological cues required for cells to grow and survive can be readily incorporated. Finally, the tuneable mechanical properties of these gels make them particularly suited to tissue engineering applications as the stiffness of the gel drives cell differentiation.

The first step of my project is to develop a suitable peptide-based hydrogel which is stable at a physiological pH and will allow cells, in this case mesenchymal stem cells, to be cultured on it. Once the gels have been synthesised, I can start to investigate the effects of incorporating PODS® from my industry stakeholder, Cell Guidance systems. These PODS® will provide a sustainable rate of growth factors release throughout the hydrogel.  At this stage I will be keen to explore the effects of these PODS® on the structure of the gel network. The next step will be utilising the gels for cell culture, in this case mesenchymal stem cells will be used. Initially, 2D cell culture will be attempted to test to biocompatibility of the hydrogels. If successful I can then move towards using the hydrogels to 3D culture. 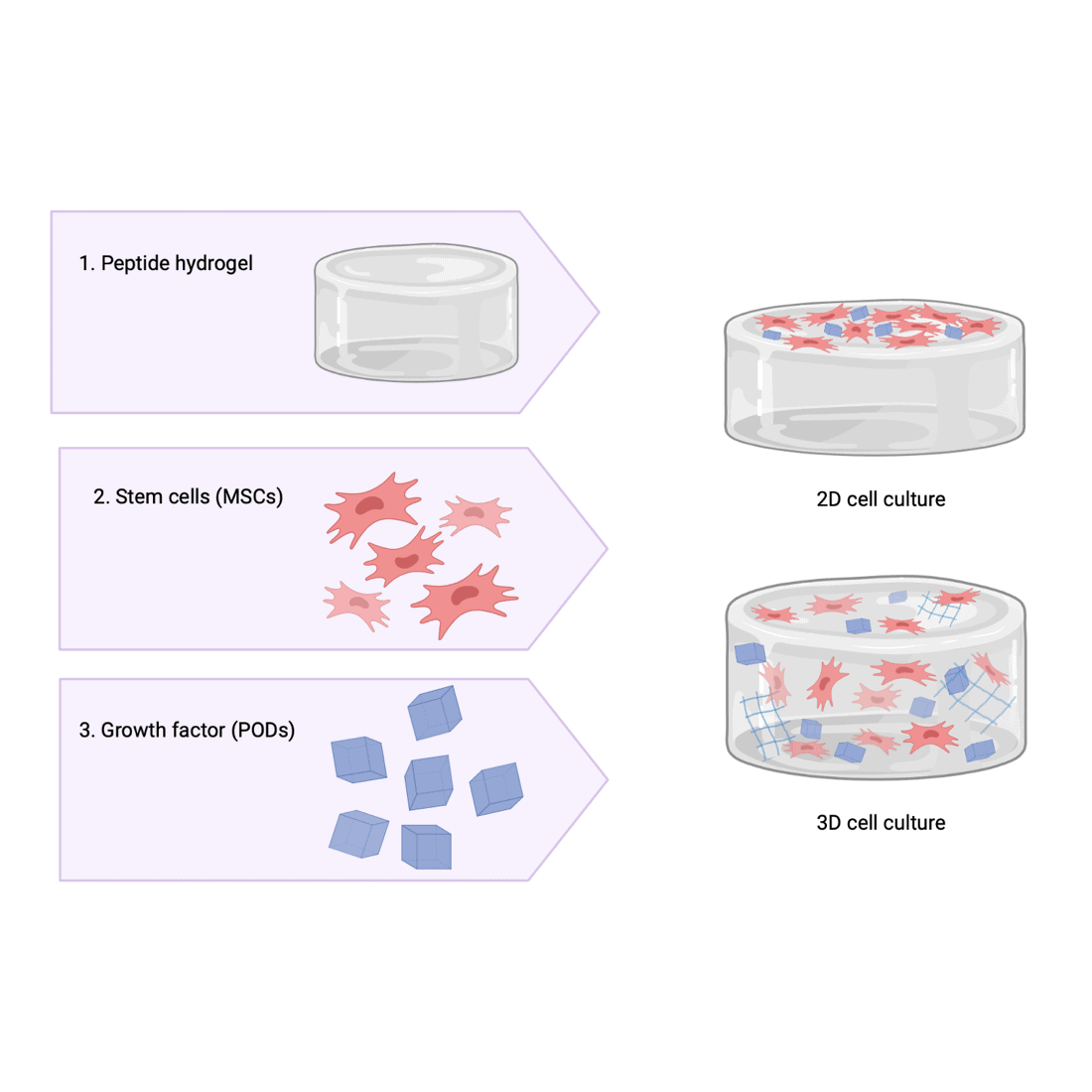 As well as allowing us to explore cell-biomaterial interactions, these hydrogels will have a variety of possible applications. One potential use would be to use the gel as a carrier for the PODS®, allowing growth factors to be delivered directly to the site where they’re needed via a hydrogel injection.  The encapsulated PODS® would then release the growth factors in a sustainable manner and degrade without provoking an immune response. Another possibility would be to use the gels as bioinks for the 3D printing of tissues. Alternatively, the hydrogels could be used for culturing spheroids, which could eventually be employed as an in vitro model for drug testing. 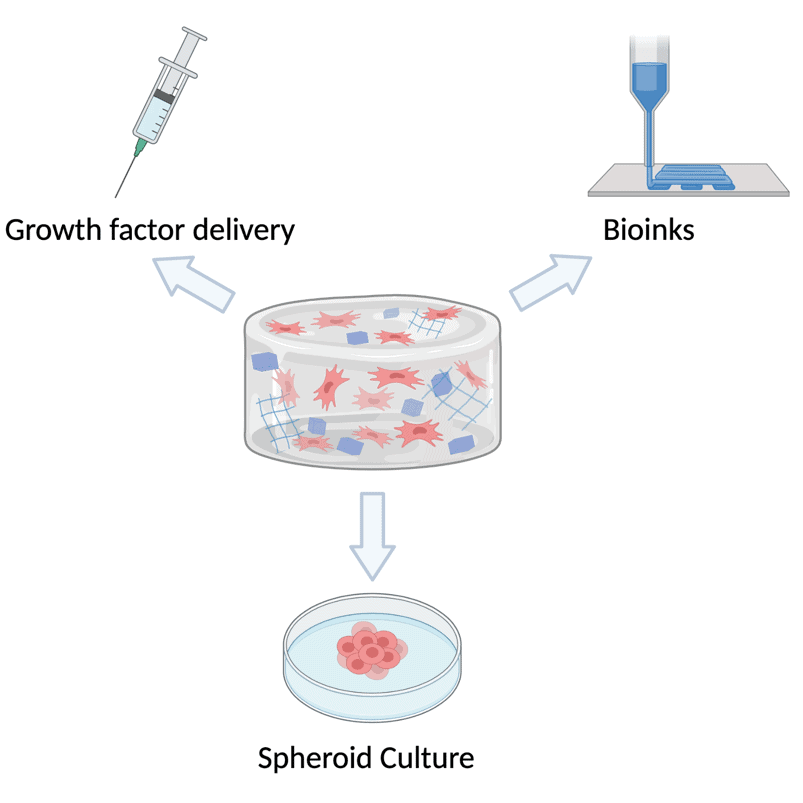