Despite the sizeable ethical burden, animal testing is still an essential part of drug development. Trials in living systems ensure therapeutics’ efficacy and, most importantly, the safety of any clinical trials with patients that follow. As a result, despite conscientious efforts across all areas of research, 3.4 million experimental manipulations were performed on animals in 2019 in the UK alone. (1, 2)

Preclinical skin research, investigating trauma, chronic wound healing, and scar reduction all require a full range of skin cells, and a mechanically equivalent microenvironment with an immune system. Due to this complexity, so far, no skin substitute has managed to sufficiently recapitulate skin’s native features (Fig 1), thus necessitating testing in animals. 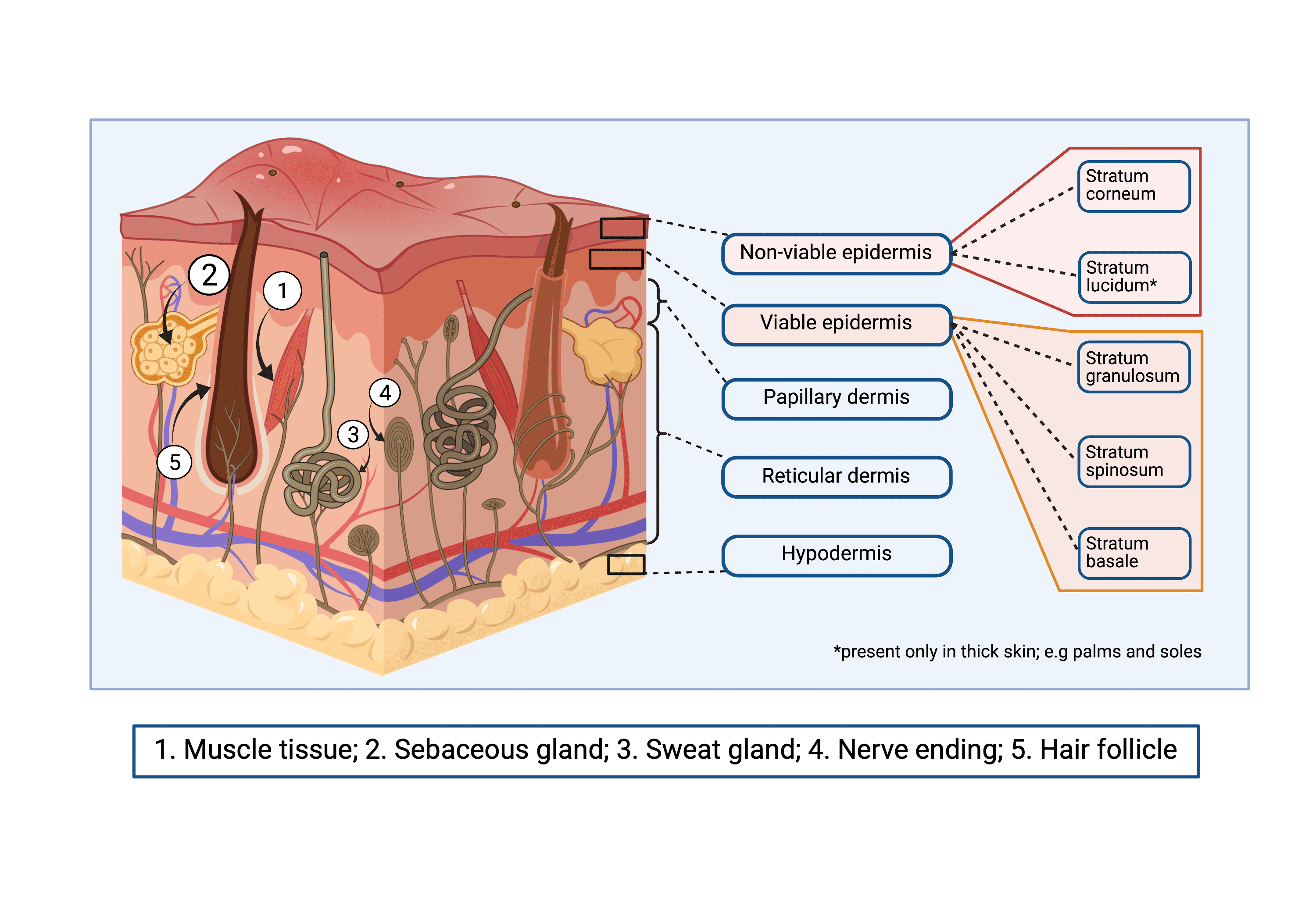 This is a problem. For example, a number of experiments on chronic wound healing require researchers to artificially induce a malady in healthy animals, followed by physically wounding them. Consequently, ethical concerns arise. Further still, they are coupled with the high cost of maintaining live animals; as well as the end insight being potentially compromised by inter-species differences. In this context, the development of a functional skin model presents an opportunity for a multi-plane advancement of pre-clinical testing.

So, what prevents skin models from achieving sufficient functionality? Perhaps the main hurdle is that, innately, growth factors in the culture medium are unlikely to reach the cells inside the construct. To address this, Cell Guidance Systems’ PODS® particles allow engineering growth factor release from within the bioscaffold. The particles are produced in insect cells and constitute protein microcrystals of human growth factors tagged to polyhedrin. Being on the microscale, PODS® particles can integrate in a bioscaffold, while preserving its microstructure. Furthermore, once in situ, they can sustain a stable growth factor release profile for weeks. As a result, they present a powerful tool for continuously modelling cell behaviour, as the model develops.

Harnessing this potential, the lifETIME CDT project on creating a 3D skin model aims to develop research substitutes of normal skin, of wound healing, and of scarring. Our work will concentrate on controlling the spatial distribution of differentially loaded PODS® particles throughout a 3D bioscaffold. By being stationed at the University of Birmingham Healthcare Technologies Institute, the project will benefit from the establishment’s expertise in 3D bioprinting, wound healing, and scarring.

If successful, the project’s anticipated impact is to reduce the number of animals involved in pre-clinical safety evaluations by increasing insight accuracy early in the testing process. Ultimately, PODS® skin models could completely replace animal models for certain diseases, once they develop the required complexity. (Fig. 2) As such, they have the potential to make pre-clinical testing of novel therapeutics cheaper, more reliable, more accessible and even – more ethical. That is why they really matter. 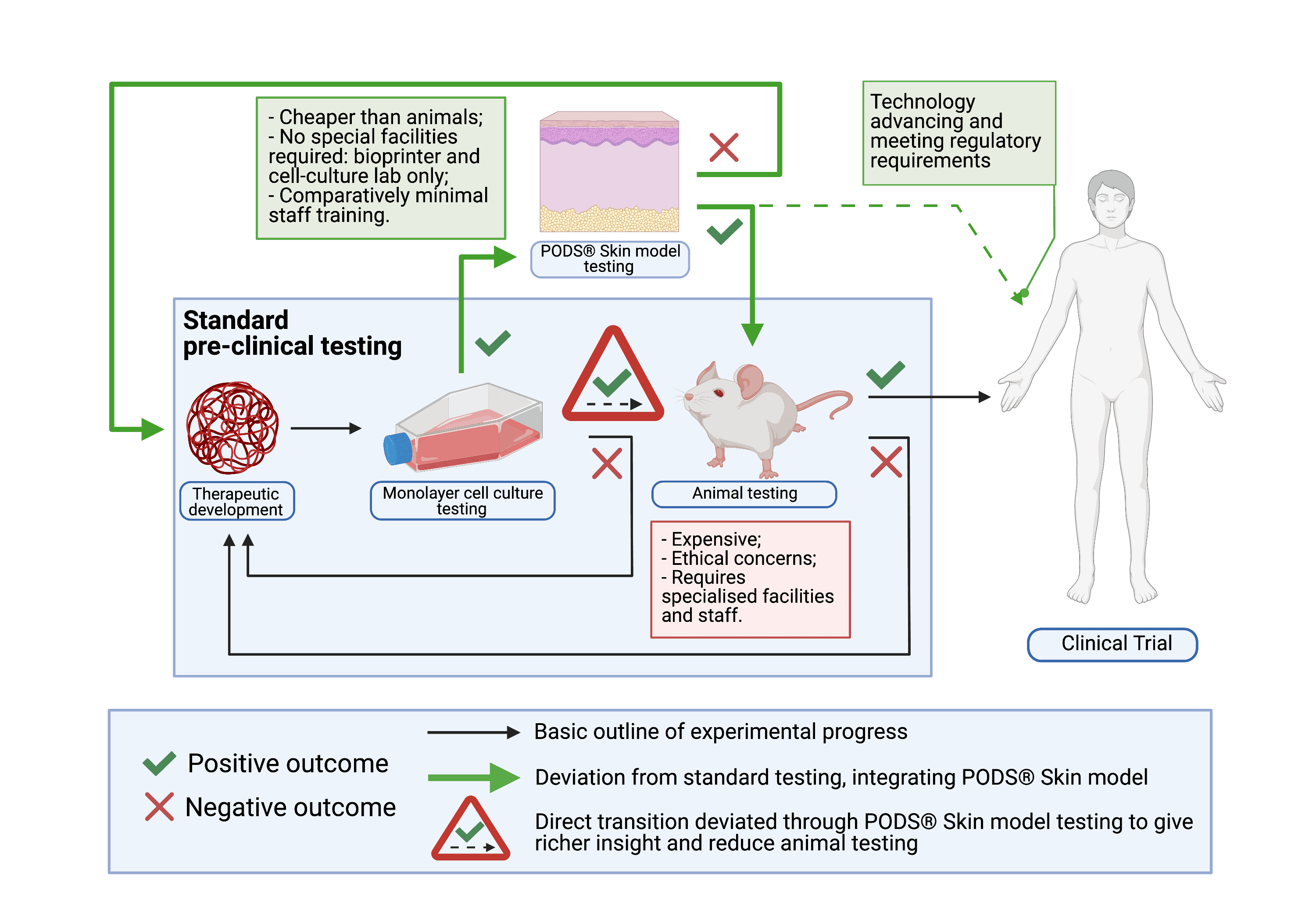 Fig 1. 3D schematic representation of the native complexity of skin.
Skin complexity can be observed in its mechanical structure. Its three basic layers (epidermis, dermis and hypodermis) exhibit specific complications, each with its distinct structure and features. Non-viable epidermis comprises Stratum corneum and Stratum lucidum. Viable epidermis is made up of Stratum granulosum, Stratum spinosum and Stratum basale. Dermis is divided into papillary and reticular. Hypodermis is not divided in layers, but its structure varies with depth.

Appendages in the skin that contribute to its complexity include: 1. Muscle tissue 2. Sebaceous glands 3. Sweat glands 4. Nerve endings and 5. Hair follicles

Fig 2. Incorporation of the PODS® Skin model in the pre-clinical experimental outline.
Standard pre-clinical testing involves assessing the therapeutic molecule in a monolayer cell culture model, followed by testing in an ex-vivo model. If no cytotoxicity or undesirable phenotypic changes are observed in both, the therapeutic molecule advances towards testing in a living system. Provided no concerning observations are made there too, the therapeutic can then be taken into early phase clinical trials for safety in humans. PODS® Skin models integrate in this process immediately after monolayer culture testing.

Acknowledgements: Figures were created with Biorender.com