Anti-Inflammatory Therapeutics: The Knee-d to Change our Approach

Inflammation is a protective biological response driven by immune cells during infections or at sites of tissue damage. However, there is a fine balance between the induction of an inflammatory response and its resolution. A failure in the control of these processes can trigger abnormal overstimulation of our immune system, leading to episodes of chronic inflammation, potentially damaging vital bodily organs. This can lead to an increased risk of autoimmune or inflammatory diseases such as Rheumatoid Arthritis (RA).

RA is characterised by persistent inflammation leading to the damage of joints (commonly the wrists, hands, and knees), reducing patient mobility, self-sufficiency, and quality of life. Current treatment methods target immune cells or their products to reduce inflammation, but they do not promote repair of damaged tissues. Therefore, a key area of scientific research is to formulate improved treatments for inflammatory conditions, such as RA, which can also restore the functionality of damaged tissues.

Current standard treatment options include conventional medications, such as anti-inflammatory steroids and physical therapy, but often surgical intervention is required to replace extensively damaged joints. However, standard therapeutics currently only reduce the level of inflammation and disease progression, thus reducing further joint damage. Unfortunately, these life-long treatment options can be associated with significant side effects to other organs, such as kidney damage and weaker bones.

So, are there any alternatives to these drug-centred therapies?

Cell-based therapies are becoming more accepted for both translational research and patient-specific clinical therapies. The ability to use a patient’s own anti-inflammatory cells, culture them to large numbers within the laboratory, and transfuse back into the patient, is not only efficacious but also lowers the requirement for anti-inflammatory drugs, thus reducing associated toxicities.

A key cell type for cell-based therapies are mesenchymal stromal cells (MSCs), a rare population of cells found in most tissues within the body which are instrumental in the maintenance of tissue structures. As well as possessing the ability to differentiate into mature stromal cells (forming bone, muscle, or fatty tissues), MSCs promote tissue repair through multiple mechanisms, such as the release of soluble factors or lipid-bound extracellular vesicles (Figure1). In addition, MSCs are immuno-modulatory, meaning they can promote resolution of inflammation by influencing the activity of immune cells. Importantly for therapy, transfusion of donor MSCs from a healthy individual into a patient does not cause an adverse immune reaction as observed in solid organ transplantation, therefore removing the need for immune-suppressing medications. 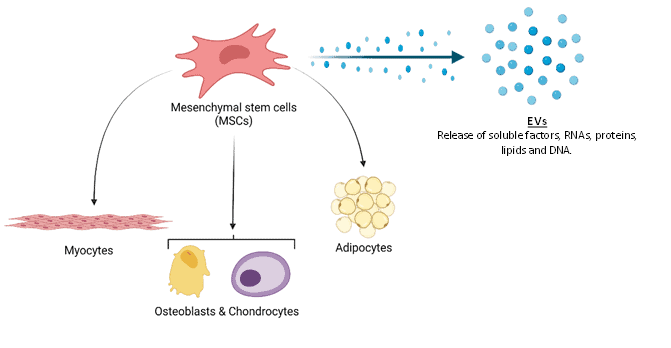 Unfortunately, therapeutic doses require approximately 100 million MSCs, meaning that this rare cell type must be expanded (cultured to a greater amount) in the laboratory before transfusion. Conventional 2D flat culture plates form the current standard methods for culturing MSCs in the laboratory. This typical growth technique utilises a large surface area to generate the number of MSCs required, rendering this laborious and inefficient. In addition, expanding MSCs in the laboratory is problematic as over time, they gradually lose their vital immune-modulatory properties and differentiate into mature stromal cells.

Furthermore, MSCs from older donors are comparatively less potent than those from younger donors and possess reduced therapeutic potential. This can be further compounded if the cells are isolated and expanded from a patient with an ongoing inflammatory condition. Consequently, we currently rely on cells from younger donors to treat patients, meaning that we cannot presently meet clinical demand. This project aims to better understand the growth conditions that favour the large-scale expansion of MSCs with immuno-modulatory and pro-repair properties. This will allow for the expansion of therapeutically viable cells from both young and old donors, increasing the accessibility to this cell-based therapy.

To address this challenge, this project aims to use bioreactor systems to facilitate an increased MSC expansion compared to conventional 2D culture methods. The bioreactor spinner flask, (Figure2), is composed of a simple cylindrical glass container within which MSCs can grow in suspension on spherical growth surfaces (microcarriers). The stirring element ensures a uniform distribution of cells and components within this suspension. By using this system, we can fine tune the environmental conditions, such as temperature, mechanical stimulation, and nutrient transfer, to optimise the growth of therapeutically active MSCs.

These large-scale systems can enable a much greater growth of cells when compared to conventional 2D culture. By utilising bioreactors, this project aims to streamline the process of culturing standardised immuno-modulatory MSCs, in large numbers suitable for clinical therapies. This study will optimise this approach by investigating the potential of alternative engineering concepts, such as adapting microcarrier topographical features and the use of microfluidics in microcarrier creation. In conjunction, the creation of bioreactor-based diagnostic sensors will aid in constant analyses of the bioreactor environment. This will provide a simple test to monitor and maintain optimal growth conditions for naïve, immuno-modulatory MSCs for therapy. 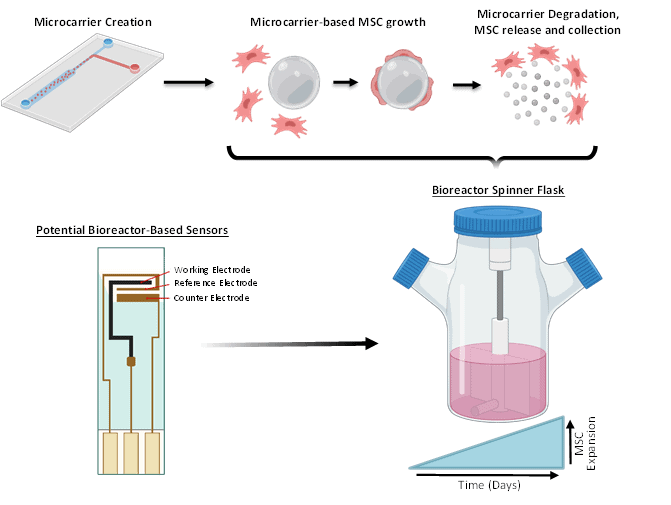 Figure 2. What happens in the Bioreactor?