Multiple Sclerosis (MS) – you may have heard of the disease, you may know someone afflicted by it, but what exactly is it and what makes it such a serious diagnosis?

MS is a chronic, inflammatory disease of the Central Nervous System CNS and is believed to be autoimmune in origin. The disease is known mainly to target the myelin sheath, which is an insulating layer surrounding neurons in the CNS. Myelin facilitates fast and efficient signalling so, when it is damaged, it can result in serious neurological defects including difficulty with movement, weakness, fatigue, and sensory changes, to name a few.

The development of the disease is complex and varies from patient to patient. It initially results in intermittent neurological defects which often become progressive and hence more severe. There are some therapies available which can alter the course of the disease and these are known as disease modifying therapies (DMTs). There are a range of DMTs available for the intermittent sub-type of MS called relapsing-remitting, however very few DMTs exist for the progressive form of the disease. Unfortunately, discovery of therapeutics has significantly declined in all areas and the cost of development has significantly risen, with there being huge variation in specific areas the estimate for nervous system agents is in the range of $765.9 million to $2771.6 million [1]. The reason for this rise in cost is multifaceted but a significant proportion of it is due to the failure of therapeutics during development. In MS clinical trials alone the rate of failure is 73% which is considered better than the industry average!! [2] This can be partially blamed on inadequate disease models, the majority of which are based on animals such as mice, and rats. But what exactly are disease models? Lab base or animal models are experimental systems which aim to mimic aspects of physiology and pathology and that can provide insight into how diseases may develop and progress. However, models are expensive and often ineffective at predicting the efficacy of novel therapeutics in humans. So, how do we overcome this significant problem?

Microscale models using microfluidics offer an interesting solution to the rising costs of research. By reducing the reagents required, they can lower the budget needed for the research and facilitate high throughput analysis. Microfluidics use a variety of physics concepts to create a mathematically predictable environment which, when combined with cell biology, can create “organ-on-a-chip” models. These are exactly what they sound like; they aim to recreate organ functionality and structure on lilliputian sized devices! The size of these can vary greatly Figure 1 shows a large representative microfluidic chip against a typical petri dish.

Figure 1. Scale of an example microfluidic device compared to a petri dish which is traditionally used for cell culture
Image Source: P.C. Hurley

The aim of my project is to develop an MS-on-a-chip system which will mimic the biological processes occurring in MS. We aim to do this by incorporating several components, based on the organs and systems involved in the disease, namely neural, immune and blood-brain-barrier components. So essentially, we are aiming to shrink MS into more manageable chunks.

The neural component will aim to recreate the brain niche, specifically focusing on myelinated cells, since myelin is targeted in MS. This component will be based on well-established techniques and will be learned from the Edgar lab, in the University of Glasgow. My aim is to shrink these techniques to suit my needs in a microscale model!

The immune component will be built on the foundations of another project aiming to model an immune structure detected in MS. This project is based in NUIG, so I will have the chance to work closely with this project prior to working on miniaturising it!

The blood-brain-barrier components will both be built using a two-layer system with a permeable membrane in between. This method is already fairly well established in the literature, so the challenge will be integration with the other components. 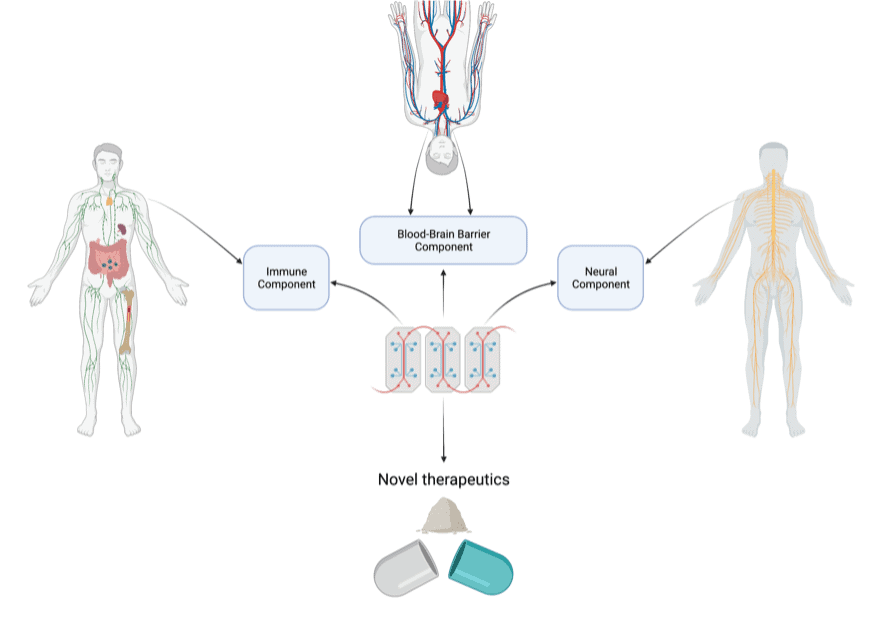 Figure 2. Overview of the project and its main components along with the systems/organs they will be based on
Image Source: P.C. Hurley

This MS-on-a-chip system will require the use of a variety of expertise, materials and tools available in CÚRAM and the National Centre for Laser Applications, both located in the National University of Ireland, Galway and perhaps just a bit of optimistic imagination. The developed system will subsequently be validated by assessing the effect of established MS therapeutics in a series of blinded tests. This system will have impacts on the field of neurodegenerative drug discovery, reducing costs and enabling further development of novel therapeutics. It is due to the novelty of this area of science that these models are not more commonly used and is also partially due to the mild difficulty of working in the microscale so in the words of Johnathan Swift “the inferiority is not found in lack in size but lack in knowledge.”