Cancer is a dynamic disease, that adapts to allow its survival and growth in various places in the human body. It is one of the leading causes of death worldwide, due to the ability of cancer cells to disseminate and form secondary tumours. When this occurs, cancer cells can find themselves in an environment that is not favourable for tumour growth. To maintain their survival, they enter a dormant state in which there is no active tumour growth. Only when the surrounding environment is suitable, do the cancer cells exit dormancy to form a tumour which is often more aggressive and resistant to cancer therapy than the primary tumour. Due to their ability to adapt, cancer cells can survive and remain dormant for over 10 years.

Developing our understanding of the mechanisms that control cancer dormancy would greatly impact our ability to detect dormant cancer cells and prevent or treat the development of secondary tumours. Our current understanding of cancer has rapidly expanded since the end of the 19th century and the use of cancer animal models has allowed for many of these advancements. However, animal models have a number of limitations which make it challenging to address certain questions in cancer research. Therefore, we have also utilised the culture of cancer cells outside a living organism and within a controlled environment. Culturing of these cancer cells are commonly carried out in 2D, on the surface of a hard and flat plastic dish. This differs from the human body which is made up of cells in a 3D structure. My PhD project aims to study cancer dormancy by developing a 3D cell culture model to recapitulate the invasion of cancer cells into liver tissue.

To provide a 3D structure for the culture of cells, hydrogels are commonly used. Hydrogels are a biomaterial made up of a 3D network of large molecules, called polymers, and can retain a high volume of water. This material can be optimised to mimic human tissue and has been used in human implants. Biogelx have designed a synthetic hydrogel that it optimised for the culture of cells and does not require the use of animal products to produce. Using hydrogels, such as those from Biogelx, we can further study various factors in the surrounding environment, such as stiffness and molecular composition, which may affect cancer dormancy. In comparison to healthy tissue, increased stiffness is characteristic of cancer tumours and it is well established that the stiff tumour environment favours cancer cell growth. However, cancer cell behaviour is also influenced by communication with surrounding non-cancer cells, such as healthy tissue cells and immune cells.

Organs in the human body are composed of complex tissues containing many different cell types arranged specifically to carry out organ function. Organoids are 3D cell cultures made up of multiple cell types, derived from stem cells, in a self-organised architecture. These organoids better replicate the complexity of a tissue and are a valuable tool in research using cell culture. In various types of cancer, cancer cells often disseminate and form secondary tumours in the liver. The development liver organoids have been extensively studied for other uses such as studying liver disease and drug development. By incorporating liver organoids into the 3D cancer model, we can better simulate what occurs in the human body when cancer cells invade the liver.

Using cell culture, the development of a 3D cancer model that recapitulates cancer cell invasion in the human body has extensive potential in advancing cancer research.  Development of an non-animal model over comes the limitations of animal models and further promotes the principles of the three Rs: replace, reduce and refine. In addition, there are also other potential applications of this model in drug development and personalised medicine. By studying cancer cell invasion into the liver, we can further understand key questions in cancer dormancy. How do cancer cells make the decision to enter dormancy? How can we detect dormant cancer cells? How are dormant cells triggered to begin tumour growth? How can we force the cancer cells to remain dormant and prevent tumour growth? 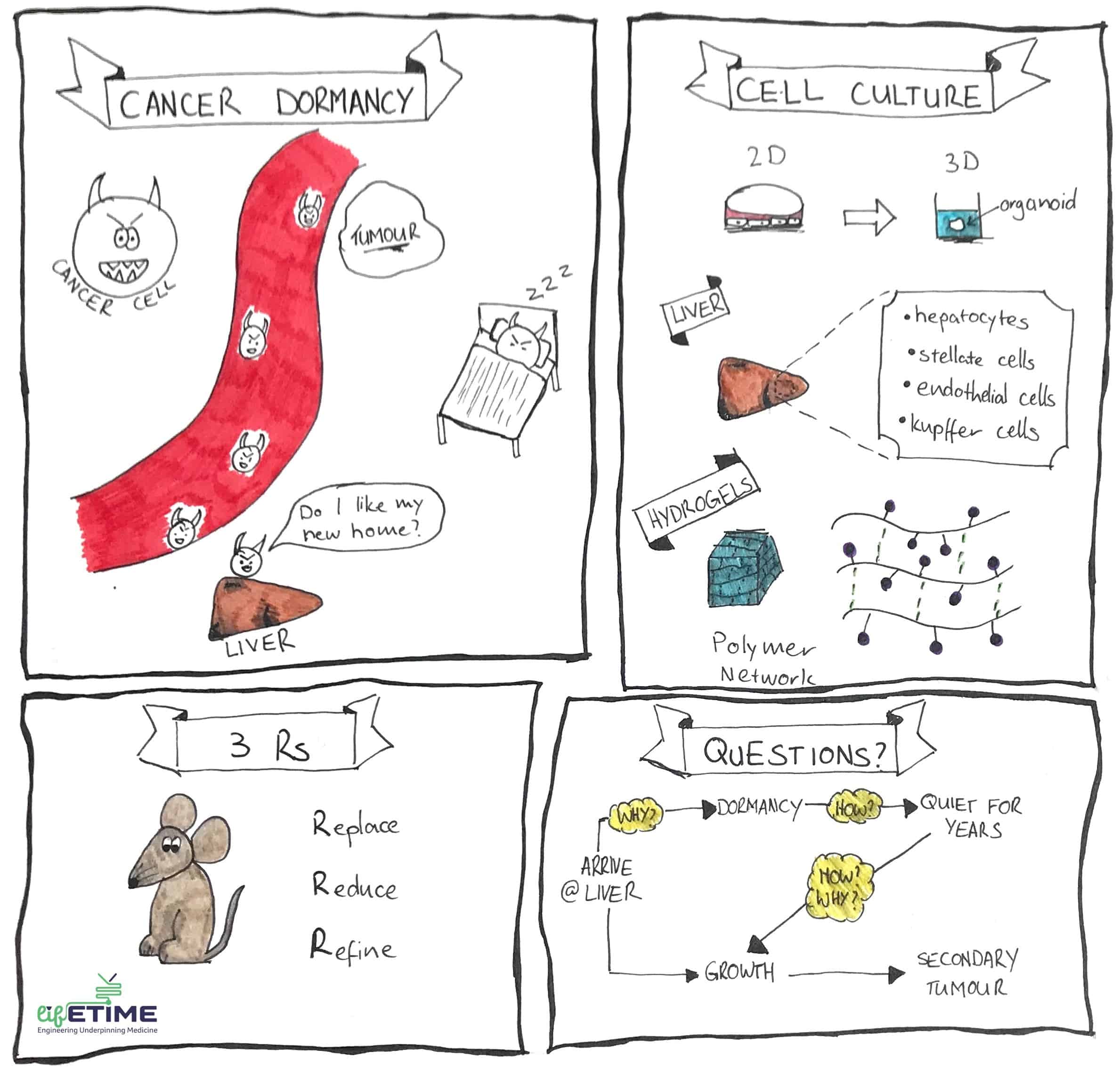 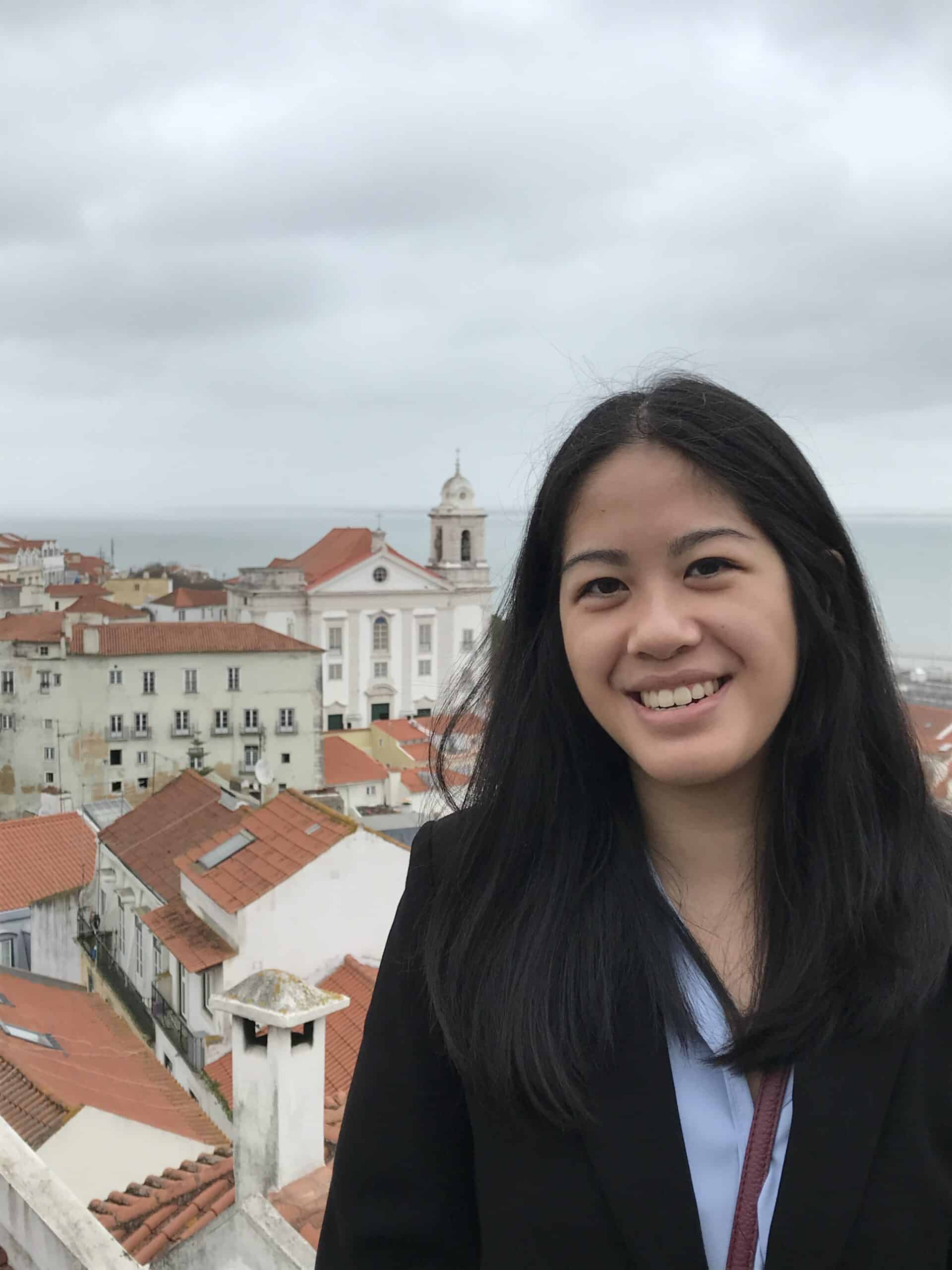